Donation to fund BookPALS and launch literacy campaign in 2015

LOS ANGELES (January 14, 2015) – The Rise Up Foundation has donated $100,000 to the Screen Actors Guild Foundation to support its signature children’s literacy program BookPALS (Performing Artists for Literacy in Schools) and launch a year-long literacy campaign.  The campaign is aimed at raising awareness and advancing the cause of children’s literacy in hundreds of Title I public schools nationwide announced today by Wendy Alane Adams, CEO & Founder of the Rise Up Foundation and JoBeth Williams, President of the SAG Foundation.

The literacy campaign will include several special BookPALS readings throughout the year featuring actors and local broadcasters alongside Wendy Alane Adams reading books aloud to children in grades K-3. In addition, high profile actors will spearhead events for national Literacy Month in September 2015 and children in participating BookPALS schools will participate in a “Challenge Event” focusing on how they can help their own communities increase literacy.

Currently, over 2,200 union performers volunteer as SAG Foundation BookPALS and read to over 60,000 children in classrooms, hospitals, libraries and social service agencies every month in 35 cities and towns nationwide including Los Angeles and New York.

“We are so grateful to the Rise Up Foundation for their incredibly generous gift to our BookPALS program and their equally strong commitment to children’s literacy. This partnership is a natural fit for our two foundations,” says JoBeth Williams, President of the SAG Foundation. “This is going to be an awesome opportunity for tens of thousands of children nationwide to interact with professional storytellers and connect with books, reading and the written word in an exciting, new way.”

“It’s important to help our children explore the world through literature. It enhances their lives, empowers them and prepares them for a brighter future.  Our goal is to inspire children to connect more fully to reading and create a strong bond outside of the classroom,” states Wendy Alane Adams, CEO & Founder of the Rise Up Foundation.

After retiring from a successful career in the metals recycling industry, Adams founded the Rise Up Foundation to enable her to use her time, experience and resources to help individuals and organizations rise above their circumstances to actualize their full potential. The Rise Up Foundation focuses on creating collaborations to empower people to make lasting changes in their lives with a special emphasis on improving literacy in children. An adjunct professor at Chapman University, Adams is a social entrepreneur, philanthropist and an author, writing under the pen name Alane Adams.

For press inquiries only: 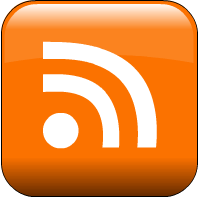